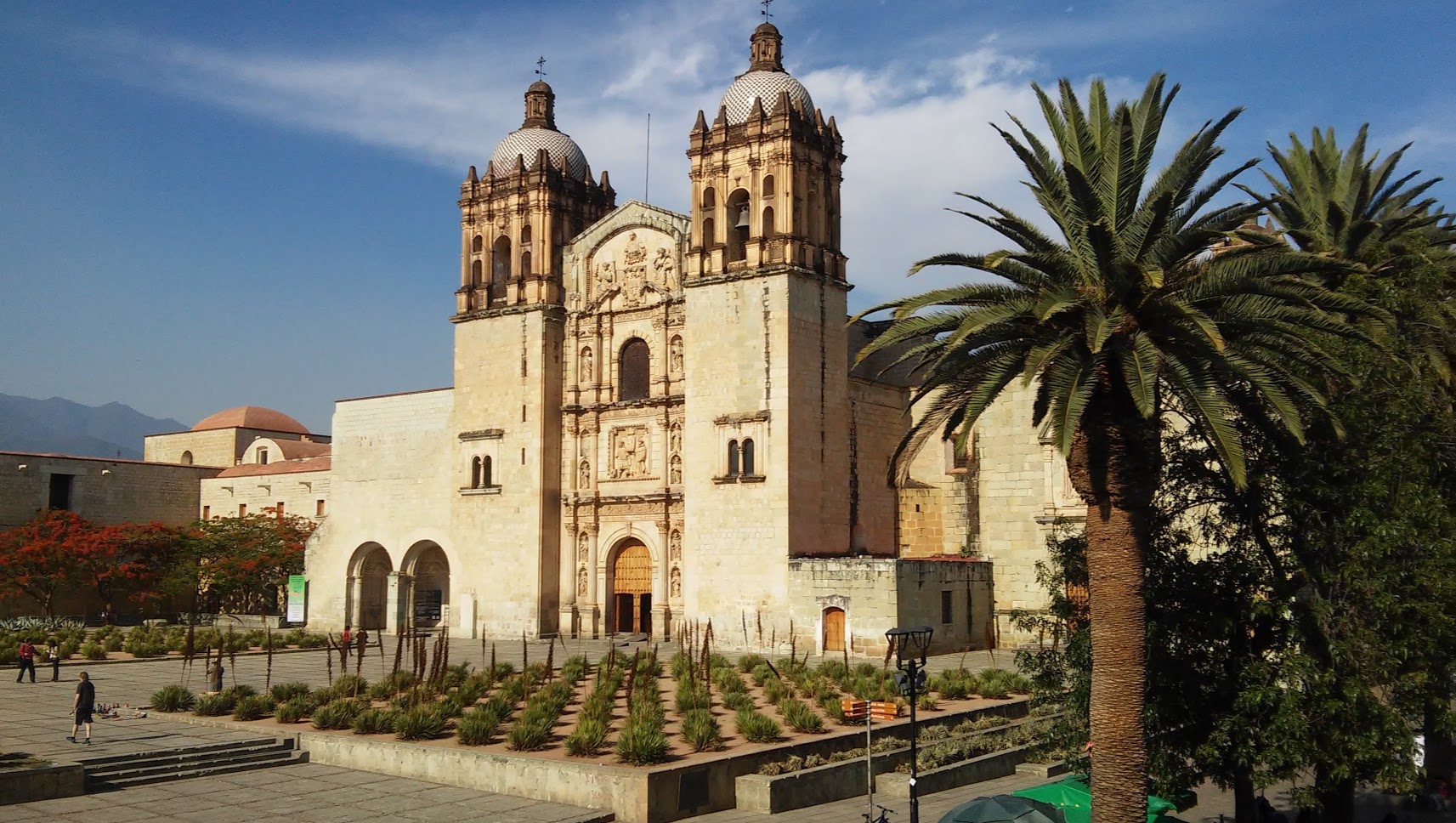 Oaxaca is well known for its gastronomy, archaeological sites, fiestas, and handicrafts, but many visitors are surprised by Oaxaca’s impressive colonial architecture. Oaxaca’s cathedral, La Soledad church, and the Santo Domingo church and former convent are all excellent examples of Oaxacan religious architecture from the colonial period, but Santo Domingo is the most outstanding. Considered by many to be one of the finest examples of Dominican architecture in Mexico, Santo Domingo is built on a grand scale. The interior decoration of the church is hyper-ornate, while in the former convent, open spaces and elegant arcades predominate.

Designed by Dominican friars and built by native workers, the religious buildings which have survived from the colonial period are impressive. The two vastly different cultures and traditions that collided during the colonial period combined to create some magnificent works of art and architecture. Another determining factor in Oaxaca’s architecture is the fact that it is a seismic zone, and subject to frequent earthquakes. The architects learned through trial and error to build structures that could withstand earthquakes.

Construction began on the Santo Domingo de Guzmán complex in 1575 and was not complete when the Dominican friars occupied the building in 1608 following the destruction of their former convent, San Pablo, in an earthquake. Construction of the main church and convent was completed around 1619, the Rosary chapel was built later, and completed in 1731. The convent was the principal monastery of the province, it served as home to as many as 150 Dominican friars and novices, and was also a Dominican educational center.

From the War of Independence through to the Mexican Revolution, the church and convent were successively occupied by military troops of various factions, which resulted in the destruction of much of the original interior decoration. The church and a small section of the convent were returned to the Dominicans in the 1930s, and in 1972 a museum was opened in one section of the convent, but it wasn’t until 1994 that the military finally vacated the building completely. A major restoration project took place for the next four years, using local materials and traditional construction techniques, returning Santo Domingo to its earlier splendor. The Santo Domingo Cultural center was inaugurated in 1998, and consists of the Oaxacan Museum of Cultures (Museo de las Culturas de Oaxaca), the Francisco Burgoa Library, the Nestor Sanchez periodicals library, and an ethnobotanical garden.

Santo Domingo is a not-to-be-missed sight on a visit to Oaxaca. The church, the museum, and the ethnobotanical garden are all well worth a visit. Even visitors who don’t like churches and museums should at least go in and take a look around and get a sense of the grandeur of the construction.

Santo Domingo Church: The church’s interior features 17th Century baroque decoration with intricate gilded wood and plasterwork. Open from 7 am to 1 pm, and 5 to 8 pm daily. No flash photos.

Museum of the Cultures of Oaxaca: The museum’s 23 permanent exhibition rooms offer a walk through the history of Oaxaca from pre-Hispanic times through the colonial period and independence. The most impressive display is the room showing the Treasure of Tomb 7 from Monte Alban. Open Tuesday to Sunday from 10 am to 6 pm. Closed Mondays. Admission is 51 pesos.

Francisco de Burgoa Library: This library contains over 30 000 volumes published between 1484 and 1940. Reading room hours are Monday through Friday from 9 am to 3 pm; the showroom is open Tuesday through Sunday from 10 am to 6 pm. Website: Biblioteca Francisco de Burgoa

Ethnobotanical Garden: The ethnobotanical garden is a project which was instigated by Oaxacan artist Francisco Toledo, and the focus is not just on the plants, but their cultural significance. It is located behind the church and former convent in the space once occupied by the former convent’s orchard and garden. At present, the garden may only be visited as part of a guided tour. The guided tour is very interesting and highly recommended for anyone interested in plants, natural history, and culture. There are daily tours in Spanish, and tours in English on Tuesday, Thursday, and Saturday at 11 am, cost 100 pesos. Entrance at the corner of Constitución and Reforma. Website: Jardin Etnobotanico